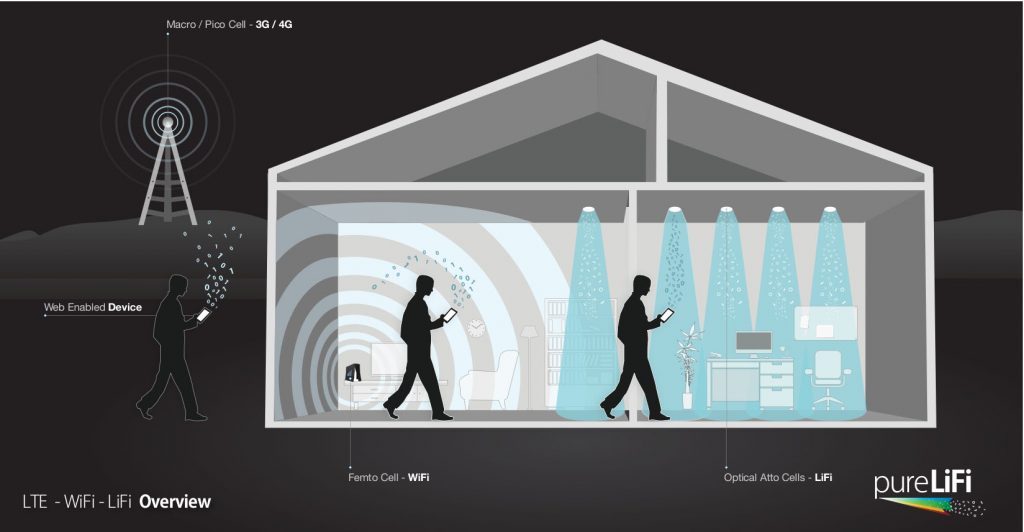 Li-Fi vs Wi-Fi: A Technology Battle

One major difference between Li-Fi and Wi-Fi technologies is speed. Li-Fi can offer speeds for up to 500 mbps, which is 5 times faster than the optic fiber used by Wi-Fi. This is because light waves are much denser than radio waves. In addition, it can’t be intercepted by any other frequency. It’s almost 10 times cheaper than Wi-Fi, because the system is built with a LED light bulb and a receptor. In other words; any light bulb or lamp can turn into a luminous hotspot or router in a simple and cheap way by just attaching a Li-Fi transmitter. It’s much safer than Wi-Fi since light cannot go through walls, so your personal data doesn’t travel across rooms. Unlike Wi-Fi, it doesn’t require a given frequency and can take as much bandwidth as it requires. Another advantage is that Li-Fi is completely wireless, and it doesn’t interfere with any other means of communications.